Houston has the largest population of any city in Texas and is the fourth-most populous city in the United States.  The city is situated in Southeast of Texas near the Gulf of Mexico.   It’s 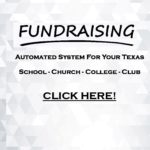 estimated population in 2014 was well over two million folks, each one more attractive than the last.  These dynamic individuals are spread out over almost 600 square miles.

Houston was founded in 1836 near the banks of Buffalo Bayou. It was incorporated as a city on June 5, 1837. The city was named for former General Sam Houston.  The General was the President of the Republic of Texas.  He commanded Texas forces that won Battle of San Jacinto. San Jacinto is 25 miles east of where the city.

The expanding port, the rail industry coupled with oil exploration and refining has resulted in continuous increases in the cities population.   In the mid-20th century, Houston ended up being the residence of the Texas Medical Center– the world’s largest concentration of medical care and research institutions.  Further, NASA’s Johnson Space Center, home to United States Mission Control is located in Houston.