Grand Prairie, west of Dallas, became an incorporated town in 1909.  There’s a tale to tell prior to that illustrious date.  You see, the town was settled in 1863. During that intervening period, the friendly folks were preparing to spring one of the finest cities in Texas upon an unsuspecting public.

You’re going to agree… it was worth the wait.

It wasn’t a direct line from where we came to where we’re at now.  There are legends of Confederate cash, conflict and pay for play in the city’s history.  None of this is unusual.  Show me a Texas town that doesn’t have a storied history.  🙂

As our story goes, Alexander McRae Dechman called the town Dechman, after trading 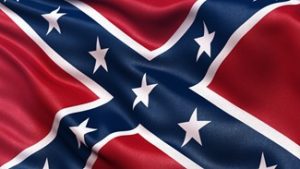 $200 of Confederate money along with his wagons and oxen for nearly 340 acres of land.  He was given 100 acres of timberland on the west side of the Trinity River and almost 240 acres on the east side. This did not work out well, so he moved his family back to Birdville and fought for the Confederacy during the War Between the States.

You can no longer buy property in Grand Prairie for Confederate money.  Believe me, The Boys in the Lotto Lab have tried.  But you can get some REALLY great deals in one of Texas’ most sought after locations.  To do that, you need a supremely qualified Realtor.  A Realtor that’s been buying and selling North Texas properties to help her clients get the perfect home for more than 20 years.  That Realtor is Becky Neal.  To make Grand Prairie your home, Click Here!

Alexander survived the Yankee onslaught and moved back to Birdville in 1865. In 1867, he filed a town plat in Dallas County for 50 acres. The same year, he sold the farm in Birdville and moved to Houston. An outbreak of Yellow Fever caused the family to move to Bryan.  It seems the Dechman

crew was on the march throughout the Great State of Texas.

Nine years later, the T&P Railroad agreed to name their depot “Dechman” for obtaining half of the 50-acre town plat.

With the name in place, Dechman then moved back to Dechman.  He thought all was well.

When the United States Post Office opened an office there, they spelled it “Deckman,” having read it wrong on the post office forms. Avoiding the obvious jokes, the naming saga was inadvertently resurrected.

Maps of the area made in the 1850s called the region “Grand Prairie.” The naming conflict was confusing the T&P Railroad’s clients and freight haulers.  As the map called the area Grand Prairie, but the T&P had rail lines terminating in Dechman, not to be confused with 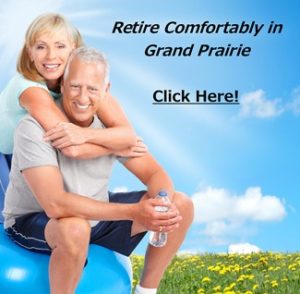 the postal address of Deckman, turmoil and consternation was the order of the day.

USPO to the rescue.

The U. S. Post Office jumped in and settled the issue.  Henceforth, the city would be called “Grand Prairie.”

When the United States Post Office says “They Deliver!,” they mean it.  They’ll even tell you where you live, if you can’t figure it out yourself.

Grand Prairie lies 16 miles west of Dallas and 24 miles east of Fort Worth, making it part of the Dallas-Fort Worth “metroplex.”  With more than 180,000 of Texas’ best people residing within its borders, it’s a nice sized city with a small town feel but very close to big city action.

There’s lots of opportunity and fun in Grand Prairie.

You play your cards right in Grand Prairie and you could be enjoying a small town feeling while earning big city bucks.  It doesn’t get much better than that.

Maybe it’s the hot weather in Texas, but many communities have public pools, including this one. With 58 parks, five public pools and one indoor pool, everyone can cool off. What’s more, there is a 7400-acre lake with about 60 miles of shoreline, parks, camping, hiking trails, boating, fishing, marinas and a lot of fun. Not to be confused with “Joe Cool,” it is called Joe Pool Lake. 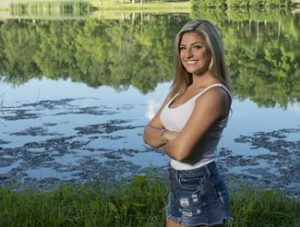 The Boys in the Lotto Lab are BIG FANS of Joe Pool Lake.  Word on the street is that the most beautiful women in Texas can be found there on any given warm weekend.  The Boys can’t say with certainty that it’s true, but they intend to make every effort to confirm or deny the existence of beautiful women at Joe Pool Lake.  To resolve this important issue, they’re spending lots and lots of hours at Joe Pool explaining to any cutie that will listen how they’re going to be Texas’ next multi-millionaires.  The next Lotto Texas drawing is only two days away.  They continue to explain that any consideration from any woman anywhere will be richly rewarded just as quickly as the check from the Texas Lotto Commission clears.  Their win is imminent.. because.. as you know…their motto is….

That irrefutable fact is what’s propels them forward from day to day and steels their resolve to decline any and all “Day Jobs.”

Make sure you’re in the next BIG multi-million dollar lotto.  It’s FREE to play. Click Here

In spite of The Boys, Grand Prairie is a family-oriented city with lots of GREAT facilities that will help any Texas kid move forward to fame and fortune.  The city has a large main library and two branches. The K-12 school system serves more than 26,000 world leaders in training.

The Grand Prairie AirHogs, a minor league baseball team, offer many opportunities for family enjoyment.  Depending on your interests, you may want to visit Ripley’s Believe It Or Not and Louis Tussaud’s Palace of Wax Museum.

As you can see, Grand Prairie is nothing.. if not cultured. 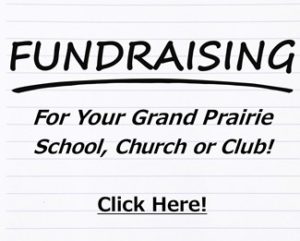 For those of you that are not convinced, as The Boys are, that the Texas Lotto is your sure fired path to fame and fortune, there are other options.  Consider Lone Star Park.  There you’ll find thoroughbred racing and lots of amenities and accoutrements that will help assure you’re well cared for and entertained as you enjoy the “Sport of Kings.”

I’m not certain if there’s any actual Grand Prairie Royalty, but, if there’s not, The Boys mentioned that they’d be pleased to serve as your sovereign.

The community comes together at the end of April annually for the Main Street Fest.  This three day celebration regularly entertains tens of thousands of people.  There are a lot of festivals in Texas.  This one really gives the competition a run for their money.   There’s live music on multiple stages, photo booths, painting classes, a Gong Show, great food, carnival rides, boatloads of vendors selling all kinds of indispensable stuff and fun for the entire family.  You may well see a superstar band playing before they become superstars.  That gives you the enviable bragging rights of saying, “I knew them when…”    It may well be that that story and ten bucks will only buy you a latte, but, if you’re like me, you go

with what you’ve got.

Verizon Theater, north of downtown and the highway, has tons of GREAT entertainment that has included Phish, Il Divo, Dolly Parton and Celtic Thunder, among many others.  They don’t know the meaning of the word “Bored” in Grand Prairie.

When in Texas, make sure you stop by.  There are plenty of hotels and motels plus camp grounds and an RV park in and around the city.  Whether you’re living large or traveling on the cheap, there’s plenty to see and do and lots of places to stay.  We’re looking forward to seeing you in Grand Prairie.