Stephen F. Austin State University is a public university located in Nacogdoches, Texas. It was originally founded as a teachers’ college, but in 1923 it was renamed in honor of one of the founding fathers of the Republic of Texas.  Its campus is located on part of Thomas Jefferson Rusk’s homestead.

The university’s campus includes a 2,500-acre Experimental Forest. This preserve is used for forestry, wildlife management and recreation. The University also publishes poetry and creative non-fiction, as well as literary criticism. In addition, it occasionally publishes children’s books. If you’re looking to learn 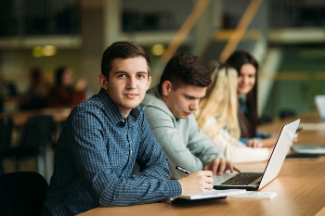 about the history of Austin, or learn about the area’s culture, you’ll want to check out the Stephen F. Austin State University Press.

Stephen F Austin State University has an impressive 77% freshman retention rate. This indicates that admissions teams have chosen well and that the school’s program is appealing to students. Another indicator of a strong school is the on-time graduation rate, which measures the percentage of first-time, full-time students who graduate within four years. At this school, the average is 30%, which is lower than the national average of 33.3%.

Stephen F Austin State University is a public university in Nacogdoches, Texas. Its four-year program includes undergraduate, graduate, and doctoral degrees. Students at Stephen F Austin can choose to study in the Arts and Sciences, or in Education, Forestry & Agriculture, or Nursing.

The Lumberjacks, a student-organized athletic organization, compete in NCAA Division I. The Lumberjacks play their games at Bryce Stadium, which seats 25,000 people. The Lumberjacks have a proud tradition of homecoming bonfires and Springfest festivals. They also compete against Arkansas and Louisiana athletic teams.

A committee of university staff, faculty, and alumni members has been formed to discuss the possibility of joining a system. The committee is expected to review governance and financial issues. Westbrook will then present the questions to interested systems. They have until Oct. 6 to respond. Then, faculty groups will examine the responses and prepare a report for the president. The university leaders will then evaluate the strengths and weaknesses of each system.

You’re going to love Nacogdoches.   The city is located on a hilly area with an altitude between 150 and 600 feet.  The town’s rich history includes many notable residents. The Tubbe family is considered to be one of the founding families of the town, and they made numerous contributions to the area. August Tubbe had a 2,000-acre plantation in Nacogdoches, participated in the Masonic Lodge, and brought a Texas and New Orleans Railroad spur to the town. Thomas VonAugust Tubbe-Brown is the fifth generation descendant of August Tubbe.