The Freddy Fender Museum
A Tribute to a Texas Music Legend

Freddy Fender was a Mexican-American country and rock and roll singer who rose to fame in the 1970s with his hit songs “Before the Next Teardrop Falls” and “Wasted Days and Wasted Nights.” Fender was born in San Benito, Texas, and his musical career began in the 1950s when he performed in local clubs. He later joined a band called The Texans, which toured throughout the state. After a stint in the United States Army, Fender returned to music and released his first album in 1974. He continued to record and perform until he died in 2006.

The Freddy Fender Museum is located in San Benito, Texas, the town where Fender was born. The museum is dedicated to preserving the legacy of this Texas music legend. Visitors can learn about Fender’s life and career, see memorabilia from his life, and listen to some of his most popular songs. The museum also hosts occasional live musical performances. 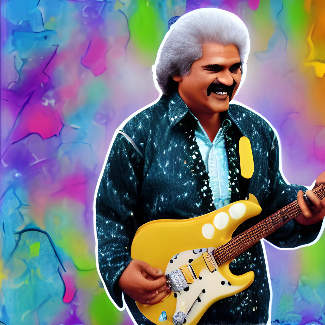 The Freddy Fender Museum is more than just a place to learn about the singer’s life and work; it’s also a tribute to Texas music. The museum highlights the contributions of Mexican-American musicians like Freddy Fender, who helped shape the sound of country and rock music. Visitors can see firsthand how Fender’s music has influenced other artists and how he has inspired new generations of fans.

Freddy Fender also loved other people’s music; some of his favorites were Conway Twitty, Merle Haggard, and Patsy Cline. Fender’s passion for music was evident in his performances and recordings, and he will always be remembered as one of the greats in Texas music history.

Freddy’s unique and compelling art of entertainment has helped make him one of the most well-known and respected Mexican-American singers of all time. Although he started out performing in local clubs, Freddy’s talent was quickly recognized, and he soon began touring throughout Texas. He also served in the United States Army, allowing him to further develop his musical skills. After returning to music, Freddy released his first album in 1974 and continued to record and perform until he died in 2006.

The Freddy Fender Museum is a great place to learn about this music legend, but it’s also a tribute to the Texas music scene. Texas has a long history of producing talented country and rock musicians, and Freddy Fender was a key figure in that tradition. Visitors to the museum can see memorabilia from Freddy’s life and listen to some of his most popular songs. The museum also hosts occasional live performances, so be sure to check their website for upcoming events.

For those blessed to have seen Freddy Fender in concert, you’ll remember the electricity that flowed from the stage. Freddy was a master of showmanship, and his performances were always memorable. He had a great sense of humor and was able to connect with his fans on a personal level. He was one of the few artists who could perform country and rock music equally well.

The museum is housed in a historic building once home to a general store and post office. The building has been renovated to provide visitors with a comfortable and inviting space. There are interactive exhibits, video presentations, and plenty of opportunities to listen to Freddy Fender’s music. Whether you’re a longtime fan or just discovering his work for the first time, the Freddy Fender Museum is sure to be a fun and enlightening experience.

The Freddy Fender Museum is a must-visit for any fan of Texas music. This unique museum provides an intimate look at the life and work of one of the state’s most influential musicians. With its engaging exhibits and lively performances, the Freddy Fender Museum will surely be a hit with visitors of all ages.