The Buddy Holly Center: A Tribute to a Texas Legend

If you’re a classic rock ‘n’ roll fan, then you know the name, Buddy Holly. He’s one of the most influential musicians of all time and hails from the Great State of Texas. The Buddy Holly Center in Lubbock is a tribute to his life and work, and it’s worth a visit. Here’s what you can expect to find at this one-of-a-kind museum. 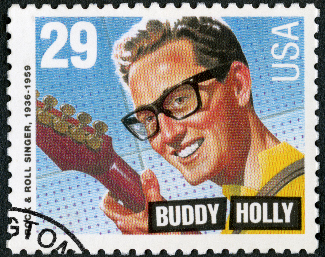 The Buddy Holly Center is much more than just a museum; it’s also a cultural center that seeks to preserve the legacy of this Texas legend. The museum portion of the center tells the story of Buddy Holly through interactive exhibits and artifacts from his life. You’ll learn about hismusical influences, rise to fame, and untimely death. You’ll also get to see some of his famous guitars, including his Fender Stratocaster, upclose and personal.

Buddy Holly had to overcome a great deal of personal struggle and adversity as he developed his sound and style, for example, overcoming a lack of formal training and being rejected by major record labels.

Despite this initial rejection, Holly continued to hone his craft and eventually caught the attention of a small independent label. This led to his first hit record, “That’ll Be the Day,” which skyrocketed to the top of the charts. Holly’s music was a mix of rockabilly and country music, resonating with audiences across the United States.

In addition to the museum, the Buddy Holly Center also houses a performing arts theater. The theater hosts concerts and other events throughout the year, so there’s always something going on. Even if you’re not a huge fan of Buddy Holly, you’re sure to find an event at the theater that piques your interest. From country music to stand-up comedy, there’s something for everyone at the Performing Arts Theater.

No trip to the Buddy Holly Center would be complete without a stop in the gift shop. You’ll find all kinds of memorabilia, from t-shirts and CDs to books and posters. You’re sure to find something to take home with you, no matter your budget. And who knows? Maybe you’ll even find that perfect gift for the diehard Buddy Holly fan in your life.

The Buddy Holly Center is a must-visit for any classic rock ‘n’ roll fan. From the museum to the performing arts theater to the gift shop, there’s something for everyone at this one-of-a-kind center. So whether you’re a diehard fan or just someone who appreciates good music, be sure to add the Buddy Holly Center to your list of places to visit in Lubbock, Texas.