Caddo Lake State Park is located in eastern Texas and is one of the state’s wildlife management areas. It contains Caddo Lake, the only natural lake in Texas. The lake is home to many different species of birds and wildlife. It is a popular place for fishing and boating, as well as camping and hiking. 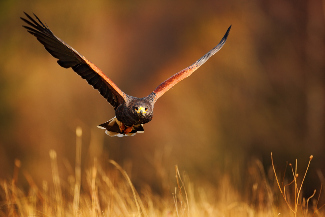 Visitors can rent canoes and kayaks from the park or bring their own. The park also has many boat ramps and a marina, which is open year-round. Fishing on Caddo Lake is some of the best in Texas. You can catch largemouth bass, crappie, sunfish, and catfish. There are even some records for largemouth bass over 16 pounds. If you plan to fish, be sure to get a Texas fishing license.

The Civilian Conservation Corps built Caddo Lake State Park in 1934. Workers were paid $30 a month to build the park, and their wages included room and board. The park has large bald cypress trees that line the shoreline and offer a picturesque setting. The park also offers great fishing in the lake and around the wetlands.

The park has several RV campsites. Some are full hookups, while others offer electricity only. There are also tent only sites, cabins, and lodges. Caddo Lake State Park also offers boat rentals. The park also has restrooms. In case you plan to camp overnight, you can rent your own boat or kayak from the park.

Caddo Lake State Park is open to the public from 8 am to 5 pm daily. You can take a boat tour if you want to explore the surrounding habitat while staying in a cabin. A pontoon boat can take you around the lake and Big Cypress Bay in about an hour. A few tour operators offer boat tours. The most popular ones are Caddo Outback Tours and Captain Ron’s Swamp Tours.

Most of the park was built during the 1930s, when the Civilian Conservation Corps was in operation. In this New Deal initiative, Franklin D. Roosevelt commissioned the CCC in 1933. CCC workers between the ages of seventeen and 25 worked to build parks, schools, and bridges. They received $30 monthly and were expected to send most of their wages home.

Before Caddo Lake was incorporated into the state park, Native Americans lived here for thousands of years. During the nineteenth century, it was used for many steamboats carrying cotton. In the late 1800s, steamboats began to use the area as a transportation route when the Great Raft was removed. As the water levels began to recede, the Caddo people settled around Caddo Lake.

Caddo Indian legend claims the lake formed during a giant flood, but scientists believe that the lake was formed when massive log jams piled up on the Red River.