Fort Leaton State Historic Site was acquired in 1967 by the Texas Parks and Wildlife Department. A historic preservation plan was created and implemented in 1974. The plan identified three major building phases of the fort based on differences in content, size, and shape of adobe bricks. The earliest phase dates from the 1820s or 1830s. 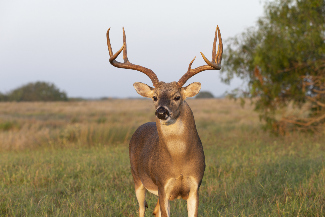 the fort was an early trading post on the US-Mexico border. Today, it serves as a historical study center and provides access to various exhibits.

After the Burgess family left Fort Leaton in 1884, other families briefly occupied the site. In the early 1920s, the family may have added an adobe chapel to the grounds. By the end of the century, the Fort was sold, and various rooms were used as living quarters.

The Fort Leaton State Historic Site is located in southern Presidio County and is a forty-room adobe compound. Texas Parks and Wildlife manage the site. It is accessible from FM 170, three miles east of Presidio. The property is adjacent to Big Bend Ranch State Park.

The Fort Leaton State Historic Site is located on a bluff overlooking the Rio Grande. The fort was built in the 1840s as an outpost for trading with the Native Americans of the area. The site was added to the National Register of Historic Places in Presidio County on June 18, 1973.

Visitors to the Fort Leaton State Historic Site may choose to camp or backpack. The site also offers guided tours. Those seeking to camp must purchase a park pass. There is a nature trail where hiking enthusiasts can hike or bike. Alternatively, visitors can drive to the park entrance and enter through the Fort.

There is a strong history of Apache and Comanche raids in the area. During the mid-1700s, these tribes were common in the area. Because of these attacks, the locals were wary of the Anglo settlers. They resented them and began distrusting them.