Bowie County, Texas was named after the legendary knife fighter James Bowie.  This county has a population of 92,565 and its courthouse is in the town of New Boston. The legal county seat is Boston, and it has a total area of 102 square miles. Its historical significance dates back to the Alamo when James was killed by Mexican General Santa Anna.

Although the dates of the earliest settlements in Bowie County are unclear, it is known that permanent settlements started in contiguous Red River County by 1818, and hunters and traders were active in the region by 1815. By 1818, a county named Miller was created that encompassed all the settlements along the Red River. Many consider the area now encompassing Bowie County, Texas, to be part of Arkansas, but it actually was the location of the first White settlers in Texas.

In the years before the Civil War, the county was largely agricultural. Cotton was the county’s most common crop, and it provided a livelihood for many residents. After Reconstruction, Bowie County remained largely agricultural. Cotton production grew steadily and reached a high of 30,520 bales in 1929. Corn production rose from a low of 104,805 bushels in 1869 to a high of 929,954 bushels in 1909. During Reconstruction, the area was occupied by Southerners.

Bowie County was established on December 17, 1840, and the first settlers migrated to the area on February 1, 1841. It was formerly a part of Red River County and Texarkana. In 1836, the area was part of Red River County and Texarcana. The railroads BNSF and Union Pacific crossed in downtown Bowie, which gave it its name. In the early nineteenth century, the area was home to the Shawnee and the Caddo Indians, which made the land suitable for farming.

The county’s history is filled with historical and cultural significance.  It was home to the Lone Star Army Ammunition Plant, which employed thousands of workers. 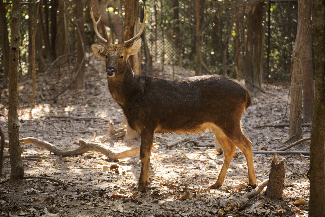 The town of Bowie was named after the legendary knife fighter James Bowie. The city was founded in the 1860s but did not get off the ground until the railroad arrived. In 1885, the population of the county reached 1,000. In 1885, Chicago, Rock Island, and Texas became the second-largest railroad in the county. During the antebellum era, it was the largest market between Fort Worth and Wichita Falls.

Although Bowie County never was invaded by an army, the area did suffer physical damage in the war. It did not fall to the Mexican government, but the settlers feared the war would disrupt the local economy. They relied on the Mexican government to obtain a land title, which eventually led to a series of lawsuits. While they were not able to get the land title they were after, they were still left without any legal recourse.

The county has seven major lakes, including the 20,300-acre Wright Patman Lake. Its county seat is New Boston. The town has several museums and a zoo. There are countless places to go for an adventure in Bowie County.

In the same year, Bowie County Texas was the first county to be established in the state. Historically, the county’s economic growth has depended on its agriculture. There were numerous small farms throughout the area, and they were very important to the county’s economy.